Vol. 13 No. 3: Jewish Encounters in the Persianate World from the Sassanians to the Safavids 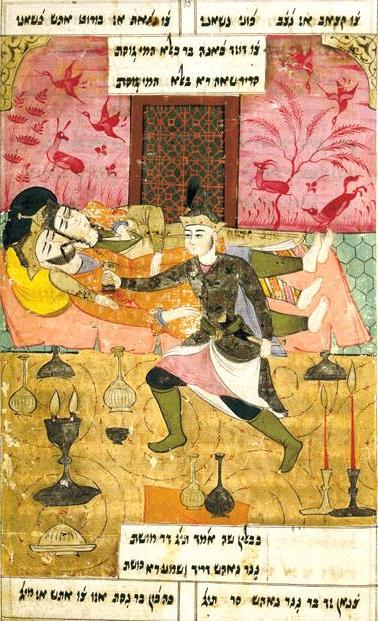 From the Sasanian Empire to the Safavids, the vast territories either directly controlled by or within the sphere of influence of various Iranian dynasties, were host to numerous religious groups. They interacted on multiple levels and social settings, on the one hand and set boundaries, on the other. Evidence from the analysis of magical practices, concerns for purity, prayers for rain, and other rituals point to instances of interaction. The creation of authoritative religious texts or debates about Scripture may be read both as an effort to set clear delineations between communities, but also for what they reveal about their cross-fertilization. This Special Issue includes a broad spectrum of studies that focus on the Jewish communities in Iranian lands widely speaking, including west and central Asia, from Late Antiquity to the eighteenth century in order to better understand patterns of encounter between various denominations of Jews (Rabbanite, Karaite, and Isawiyya), and Jews with Zoroastrianism, Manichaeans, and various types of Christians and Muslims. The role of religious affiliation and competition in inter-communal dynamics when inhabiting the same urban spaces, in trading partnerships, ritual practice, popular literature, learned theological discourses and scriptural exegeses, foundation legends and magic, among others, are some of the most salient foci of articles brought together in this volume. Of particular interest is the exchanges between Jewish communities, ideas, and religious movements and those of other religious affiliations.